“If I have been of service, if I have glimpsed more of the nature and essence of ultimate good, if I am inspired to reach wider horizons of thought and action, if I am at peace with myself, it has been a successful day.“

The above quote from Alex Noble could not describe how I perceive the success of SQL Saturday in Chicago enough. The day after the event I sat at my desk looking out of the window recapping the day. I could still see Brent’s (blog | twitter) Mac Book unguarded in front of me with evil thoughts going through my mind. Sadly, the bids on Twitter were pretty low, making the deal not worth it. I can see Wendy (blog | twitter) smiling as we passed in the halls and, even knowing we both wanted to stop to see how things were going, we knew if we did something would be delayed. I can still see the look on Aaron’s (blog | twitter) face when he realized a 30 foot VGA cord was needed to truly get Woodfield A setup as we needed it. Yes, that cord was never found. I recall the panic as I walked passed registration at 8:00 AM and the only thing missing were “people”. That quickly turned to a new type of panic when, 10 minutes later, there were 100 people standing in line. I chuckled then when I realized just how difficult it is to walk in on a speaker that I call a friend and have great respect for to give him the, “You need to stop!” look. Thankfully, I’m still friends with them, even after that. Last I recall walking through the halls from room to room making sure things were moving along while receiving great feedback from the attendees. They were smiling and letting me know things were going really well. Those appearing happy in passing kept me pushing on. 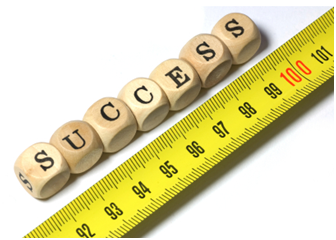 So how did SQL Saturday in Chicago turn out? I have a biased view on the success of this event of course. I was one of the organizers after all. What organizer wouldn’t just say, “Success!” and go on with life? Well, I’m not that guy. I measure myself on my ability to provide to the SQL Community. Most of you reading this know me that way and expect nothing less. I do think SQL Saturday in Chicago was a resounding success. We had our bumps in the road but quickly picked ourselves up. That was only possible because of the team we had. At one point in the day, I ended up at the Office Depot across from the event, arguing with someone to get more session evaluations printed. They insisted I said I needed them Monday. After the event! I could write an entire blog on that problem but will leave it for you to ask me directly in person. I feel that since that was the prominent failure/problem/bump in the day, we can continue to come to the conclusion the event was well planned. The vendors were happy, speakers had a good time, attendees were happy (most) and my co-organizers never seemed to have that frightened look in their eyes. Can I call this a success yet? 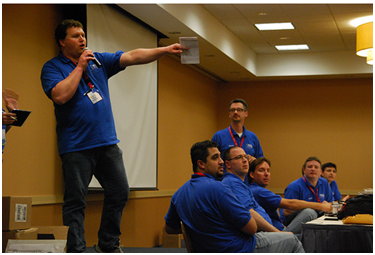 Our lineup of speakers was remarkable. Each one gave the event all they had and I’ll be in debt to them for that in the future. During the after party events, I had several of the speakers come to me and congratulate me on the event. Now if the speakers don’t complain and say you did it right, I’d call that a good thing! They are of course the ones in front of the attendees the entire day and pulling in the feel of how things are going. I was lucky enough to have a chance to talk to a few of our speakers on a technical level which is something you just don’t get to do on any given day. I strengthened my relations with some and also earned respect from the speakers I had not met until now. We’re getting close to success now! 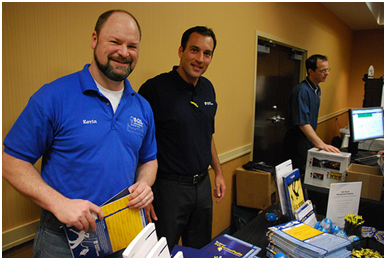 The layout of the hotel we used for SQL Saturday actually played to our favor very well. We were able to place the vendors directly in line of the main speaker rooms from the registration tables. This caused an influx of attendees directly interacting with the vendors. Towards the end of the day I got feedback from the vendors to make sure things went well. I was excited to hear that they had been equally excited and happy with the manner of interaction and marketing that had taken place for them. I thank all of them again for supporting us.

OK, I’m going to say it. Given the feedback, event evaluations, session evaluations and the sheer respect we (Wendy, Aaron, the volunteers and I) received from the entire event, I’m calling this a huge success. Now that I’ve had a few days to sleep off the rewarding work, I even want to do it again as soon as possible. Yes, those discussions have begun already so stay tuned for where you can find SQL events near Illinois and Wisconsin in the near future.

I’ve said it, Wendy has said it, Aaron has yelled it (literally); nothing could have been accomplished without some key variables to this event.

Volunteers: Wow, did the volunteers step up. I honestly don’t think we could have done half of what we did without our volunteers. I owe everyone a great deal and hope I have the opportunity to repay what they did to help us soon. For all the volunteers that read this, take great pride and satisfaction in your hard work. We received great feedback from the attendees on how well you managed the event.

Our room support including, Wayne Gault (get on twitter and blog!), Tim Benninghoff (blog | twitter), Keith Mescha (blog | twitter) and Bill Lescher were absolutely amazing at keeping things going. All four of these individuals are an asset to the SQL Community and have my utmost respect.

The night before the event we had several volunteers come to our aid as well. Tim Ford (blog | twitter)and Jason Strate (blog | twitter) came down to lend a hand which I am grateful for as well. This led to the speaker dinner that also was a great success (minus the spaghetti orders). Aaron and I didn’t stay long for the speaker dinner but heard everyone had a really good time. I’m grateful to Confio for inviting us all and sponsoring the speaker get-together.

Registration was, again, unbelievable in keeping the flow of attendees coming in. Eli Weinstock-Herman (blog | twitter), Jes Borland (blog | twitter), Christina Leo (Twitter), Aaron Nelson’s (blog | twitter) daughter, Dorothy and several others pulled it together like a smooth running SSIS import job. They literally had the bull rush come at them but stood their ground and kept everyone coming in.

I call SQL Saturday in Chicago a success and a huge accomplishment for me. There isn’t one piece to the puzzle that is more important than the other. I was able to take new friendships away with me and new thoughts on how I can help in the future. Vendors, speakers, volunteers and attendees make the SQL community and events like this successful. It may get old, it may get cliché, but I don’t care. “The SQL Community rocks and is like no other”. I am truly honored to be among all of you and be given the chance to give a little back to all of you.

Thank you to everyone that helped and made working so hard, so easy!

Links to the event

As more links, blogs and comments are found, please post them here so we can all enjoy them and look back at the event.

Links and blogs to those mentioned