by Kevin Conan on August 16, 2012 in category Professional Development
Tweet 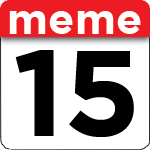 In the last few months I've seen lots of people changing jobs (both from the SQL Community and from my company) and it got me thinking about where I was at in my career.  At the end of some reflection I came the conclusion that I already knew, I love my job.

1)  Not pigeonholed.
I get to play with and experience many many different aspects of SQL Server.  I do things from Query Tuning, Maintenance Planning, SSIS, Cluster Setup, Migrations and Replication.  What I did last week is likely not what I’m doing this week.  I even dip into DB2 and Oracle (but I maintain that I know nothing of either one!).

2)  Cutting edge.
Within the first 3 months that SQL 2012 was release, I setup 3 clusters and about 30 instances with it.  I also went through SSWUG’s SQL 2012 training series and have a nice certificate for completing it.

3)  SQL Saturdays and Mad PASS.
I may not be able to go to PASS, but I do get to attend a few SQL Saturdays each year.  If you haven’t been to a SQL Saturday or local SQL User Group, GO!  I’ve learned a ton at these events both in the sessions and during hallway conversations.  I’ve also made some great friends.

4)  DBA Team.
I’m one of the lucky ones who is part of a DBA Team.  We’re a large enough company that we actually have 6 DBAs plus a dedicated Manager.  I’ve learned a ton from my mentors and have even been able to turn the tables once or twice and taught them!  It’s a hardworking group and we all share the burden.

5)  Stability.
I’ve worked for companies in the past where you aren’t sure if they’re going to still be in business from month to month.  I’ve also had a contract job where it was down to week to week.  I must be getting older because stability is something that means more and more to me.  While other companies were shrinking or go disappearing during the Great Recession, my company actually grew and expanded.