So I got it installed at home on a windows XP machine. It installed really quickly but you have to close Firefox so it can import all the settings from that. I’m not even sure it asked me if it could do that. I’m actually writing this blogpost in chrome.

Most things work. Except for the checkbox. Somebody made a mistake and it renders the checkbox as a radiobutton but I’m sure they will get that fixed one day. 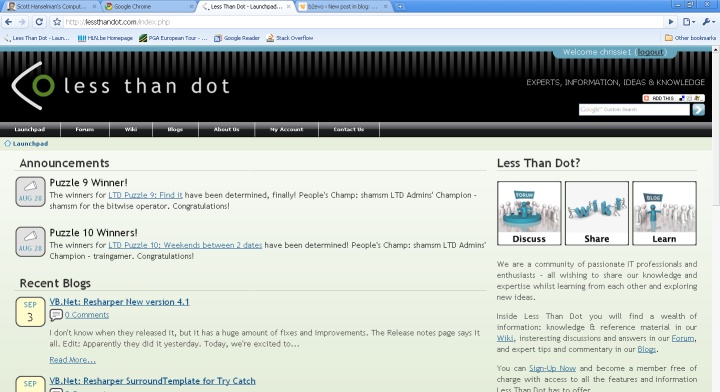 I don’t like the placement of the tabs, I probably got too used to FF and IE.

In these widescreen days, I would like to be able to have my bookmarks (or something else) pinned on the right or left side. It would save a click.

And Lessthandot is being shown pretty much how it should be. 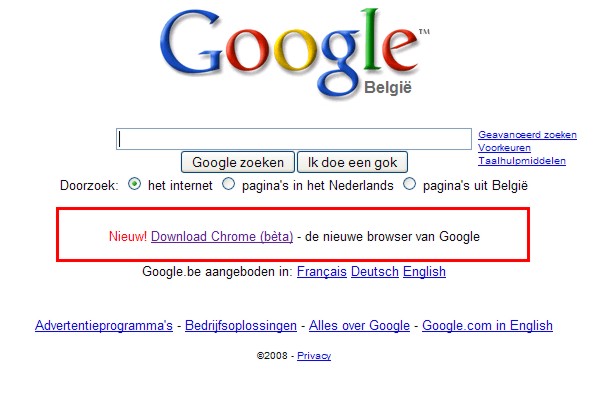 It doesn’t yet have many plugins like FF, but I think that will be solved soon.

Looking at the sourcecode is a pleasure, compared to the other 2 big ones. It opens in a new tab and it has colorcoding 😀 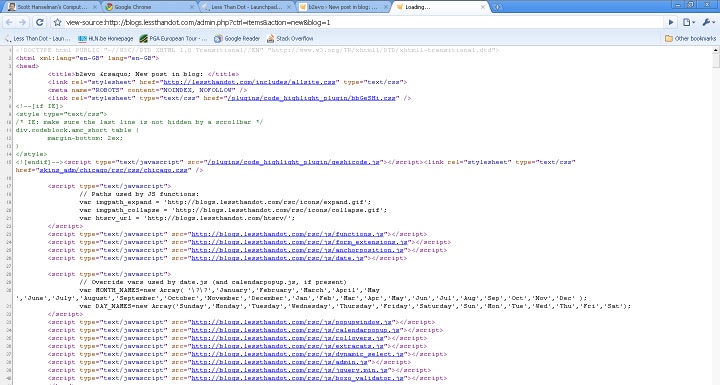 Another cool thing is the taskmanager. 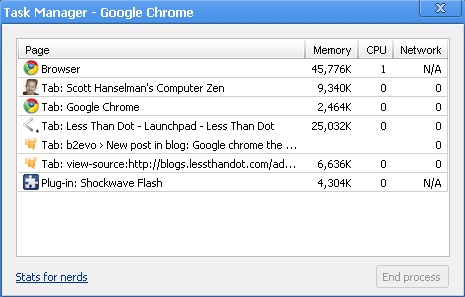 It also has built in firebug called Javascript console 😉 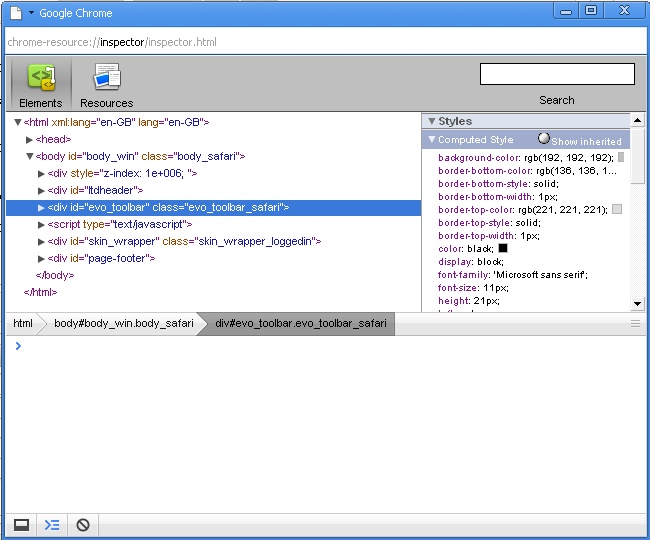 So I’m pretty happy with it, but it needs some more testing because I have already seen lots of bugs out there, but we have all been there ;-).

So try it and make it even better. This could be a Firefox killer.

I hope they get a redistributing version.