by Christiaan Baes (chrissie1) on June 13, 2011 in category Javascript
Tweet

In my previous posts I installed node.js and I made the code be a bit more readable. Now I want to make the view a bit more HTML like so that it reads a bit better and to separate concerns. I selected mustache.js out of the many that are out there.

first thing was to download mustache.js. I used a package manager for that. Namely npm. To install npm you must however first install curl via

and then you can do

and then I got to my Documents folder and do this.

and it will download the files for me and put them in a folder called node_modulesmustache.

Now I can try it out.

exports.helloworld = helloworld;``` as you can see I made an object of mustache, I made a template and I made a model. And then I gave both of them to the to_html function so that it could create the html. 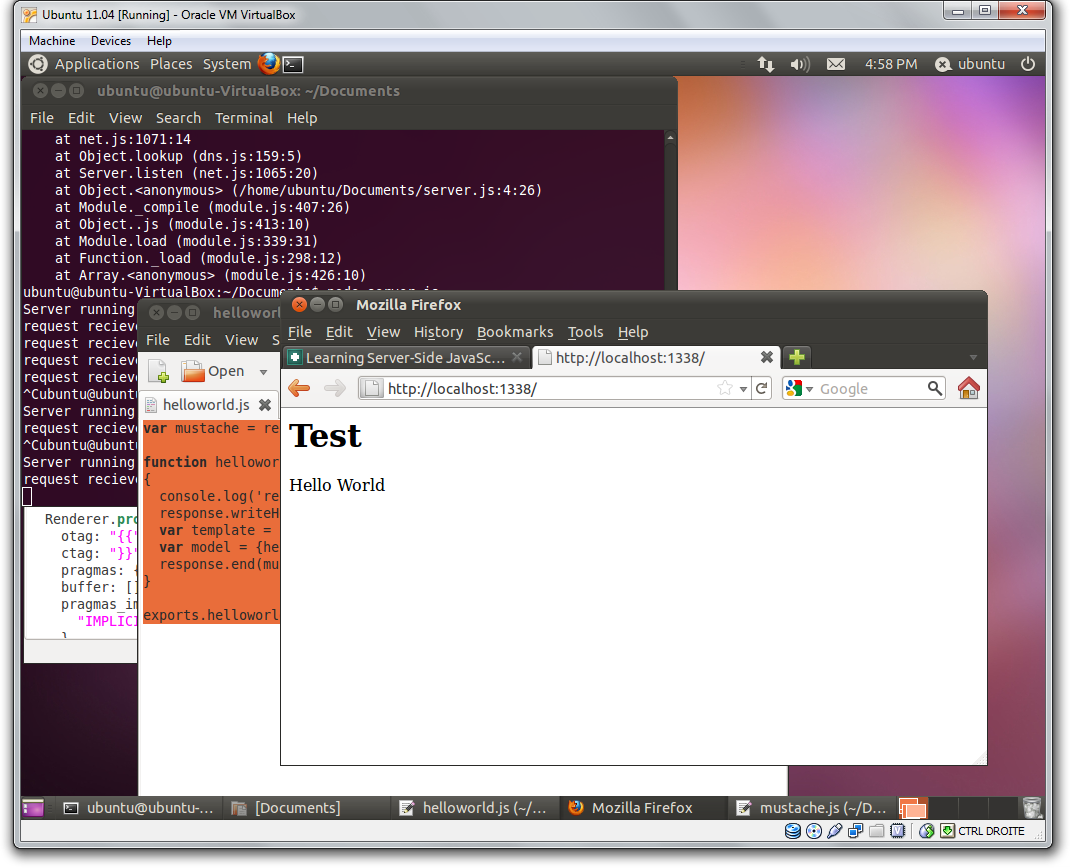 Of course this is no good to us I want that template to be outside my controller.

And now we need to adapt our code to read from this file with readfile and the fs namespace.

exports.helloworld = helloworld;``` As you can see I imported fs and used readfile t read from a file and pass it to mustache, making sure I cast it to string.

This gives the desired result. 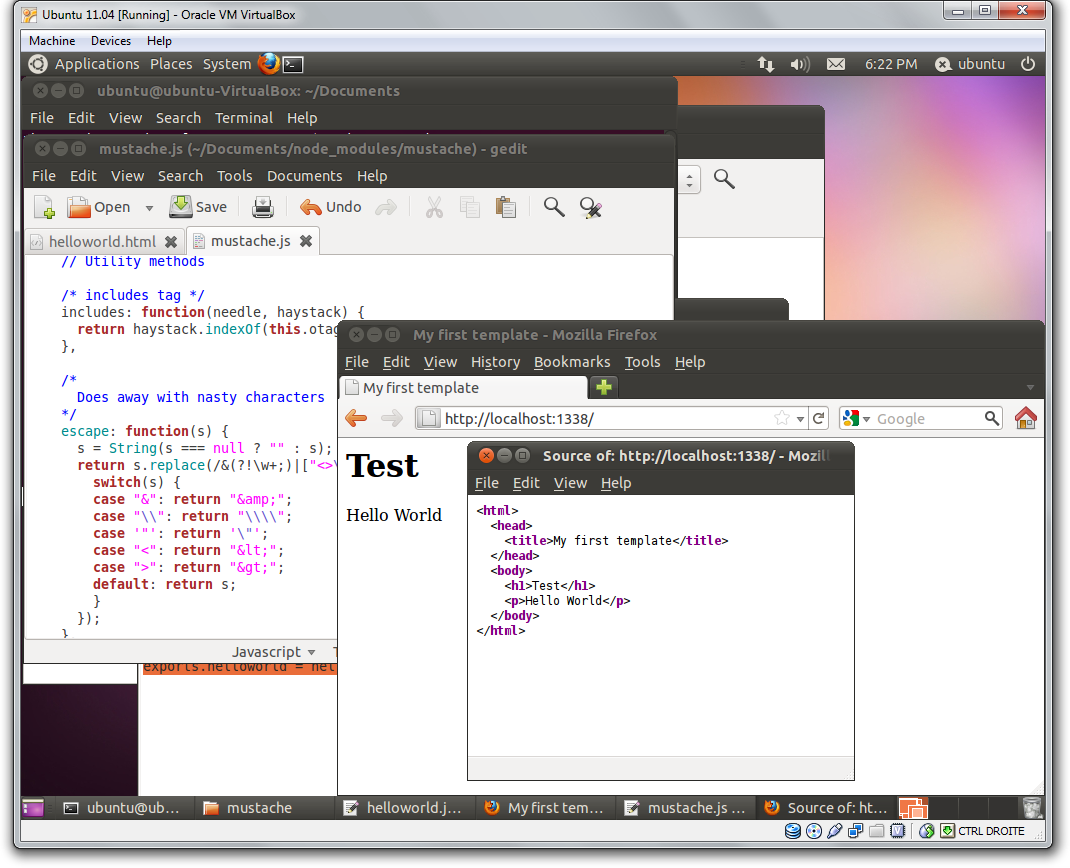 So in the future we should probably make a function that accepts a model and a template and gets rid of the code I just showed but this will do for now.

There are plenty of templating engines out there for you to use. I used mustache.js and got it to work after a while. Documentation is of course hard to find. I will be exploring node.js a bit more in the future it looks however that it need some recommendations and best practices. I’m having quite a bit of fun learning.