So I’ve been working on cleaning up the security for my SQL Servers the last few months. The brunt of the work has been documenting what’s currently in place, what needs to go away immediately, and the long term overall plan. In this whole mess I’ve learned a few things, and I’ve set some new standards at work (where there weren’t any before). These standards, however, are always open for improvement, which is very nice because once I learn something useful I can start using it. I’d like to share what we’re currently doing, and where we came from. I’d also like for others to explain how their security works.

Where We Came From

Where we came from was a pretty big mess. The mess wasn’t just on the database servers though, it was also in active directory. When I arrived at my company active directory was a disaster. Security groups weren’t being managed except on requests to be put in one, there were duplicates everywhere, no naming standards, and there was just no overall organization. One of our new IS Director’s goals is to clean up active directory, set some standards, and get it looking like the Org chart. This push is making it a lot easier to work on database security.

We’re making patches and updating security for older applications where and when we can. We’ve already updated two applications completely onto our new standards. Do this has improved the quality of the older applications tremendously, and has reduced the time and effort needed for when something needs to change.

We generally start off by defining roles for an application and/or database. The most generic version of roles we have here is to have an Admin Role and a Users Role. Most of the time though on the database side there isn’t a real separation between the Admin role and the Users role so generally we make a Users database role with the appropriate permissions. We separate our databases out into several schemas: an application schema (where all the tables for the core application are), a cg schema (code generated sp’s for CRUD), and an sp schema (usually stuff we don’t want users to have access to). 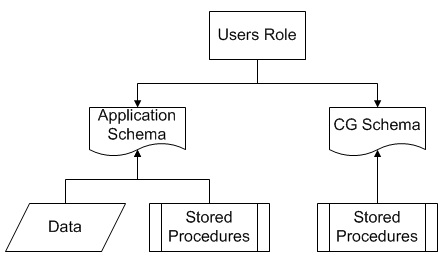 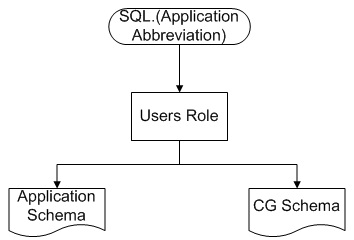 The next thing to do after the user security groups are made is to tie it all together. To do this, we simply just drop the UserSecurityGroups into their proper Database Security Groups (ie, their specific roles). 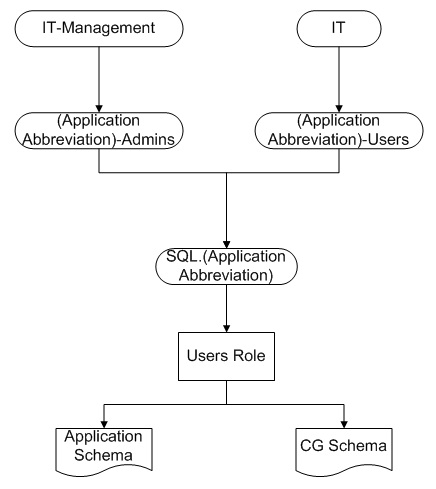 What We Get Out of This

We get a lot of good things out of this process. The first being that once it’s set up, we should rarely have to make any changes to the security in Active Directory (if other security groups are used). Another good thing is that, unless requirements change and we need to make new roles or redefine roles, we don’t have to touch security on the database side at all. It is also very easy to trace back and see who all has access to a specific application.

My methodology probably isn’t the best, but it’s working for us so far. I’m interested to hear your comments, suggestions, and anything else you have to say. I’m curious as to how others set up their security.