by George Mastros (gmmastros) on November 3, 2010 in category Assignments
Tweet

When school started this year, my 7th grade daughter was informed that she is expected to complete a science fair project. I plan on convincing her to post her final report as a blog on this site, but it’s not scheduled to be completed for a couple more months. I plan on writing a series of blogs outlining the steps involved from a parents’ perspective. 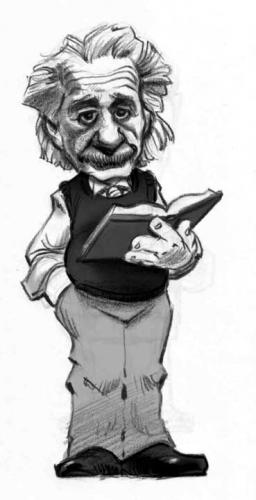 During dinner one night, my daughter informed us that she needed to present 6 science fair project ideas to her teacher the next day, but she couldn’t think of anything. Several ideas were presented but none were acceptable. After the meal was over and the plates were clean, we turned to google for some help. I was expecting google to present some interesting ideas, but was surprised at how many there are. Our first google search was “7th grade science fair project ideas”. There were so many ideas to choose from.

When helping your child present ideas to the teacher, it’s important that each idea is acceptable to you, the parent. I’m reminded of Sunday morning breakfasts when my daughter was younger. I didn’t ask “What would you like for breakfast?” Instead, I would ask, “Would you like pancakes, eggs, or oatmeal?” By restricting the choices to those that I think are appropriate, I was guaranteed to get an acceptable answer. The science fair project is no exception.

I’m glad that my daughter was expected to present ideas to the teacher. This is an important safety measure that shouldn’t be overlooked because it is easy for a seemingly interesting & safe project idea to become dangerous or malicious. The teacher is the filter, the guardian, the safety net. Any project involving an animal is immediately rejected, don’t even bother presenting it. If your project involves dangerous chemicals, it is likely to be rejected also. Trust the teachers decision.

The project idea is the single most important decision made. The teacher will help make sure the project is safe, but it’s your job to make sure the project is fun, interesting, and appropriate for your child. As your child is making this decision, you should constantly be asking, is this interesting to you? Is this something you’ll enjoy doing. Most science fair projects require a lot of time. If your child is going to be miserable during this time, so will you.

Another consideration when picking a science fair project is cost. Some projects can be done without incurring any costs, some are low cost, and others can be expensive. As a parent, you should have a clear understanding about the costs you are willing incur. Some projects may initially seems like there is a low cost associated with it, only to find hidden expenses once you get in to a later phase of the project. For example, if the science fair project is about the freshness of bread stored various ways, all you may need is a single loaf of sliced bread and perhaps a Ziploc bag, cellophane wrapping, etc… These are materials you probably already have in your home, and the expense is likely to be quite small and reasonable. Other projects have hidden costs that may surprise you. For example, “Does the bounciness of a golf ball relate to its ability to be hit a long distance?” For this project, you will need to purchase a variety of golf balls and measure it bounciness. More importantly, you’ll need a method to consistently hit each ball so that it is exactly the same strength and angle. Building such a device may include hidden expenses.

Lastly, you should consider the amount of time and level of effort that will be involved in your child’s project. Some projects will be easy to prepare for and conduct. For example, “testing the effect of music volume on your ability to remember”. All you’ll really need for this is to prepare a test and get a music source, preferably with head phones. Other projects may require more preparation time. Also realize that it’s not just preparation time that could be significant. It may take a long time to conduct the experiment too. For example, “Fish growth as a result of tank size”. This experiment may take several months to complete.

At first glance, picking a science fair project may seem simple, but it’s not. It may be the most important decision you can make. Guiding your child is important in order to assure an acceptable project is picked. Remember these factors when picking a science fair project: safety, fun, cost, and time commitments. Determine what is acceptable for you and your family and then let your child pick from several acceptable ideas.

George has been developing software professionally for 19 years, first for the department of defense, and then for various other companies. In 1998, George started his software company, Orbit Software, specializing in School Bus Transportation software. His specialty is refining SQL Server queries to deliver optimal performance.
Social Sitings

Author: George Mastros (gmmastros)
Categories: Assignments How to Learn and Get Answers
Tweet