VB.Net is rapidly becoming the most popular language in the world.

by Christiaan Baes (chrissie1) on September 19, 2012 in category Other
Tweet

Yes you should jump on the bandwagon now before it is to late. So many people have seen the light and so should you.

Just look at the TIOBE Programming Community Index for September 2012 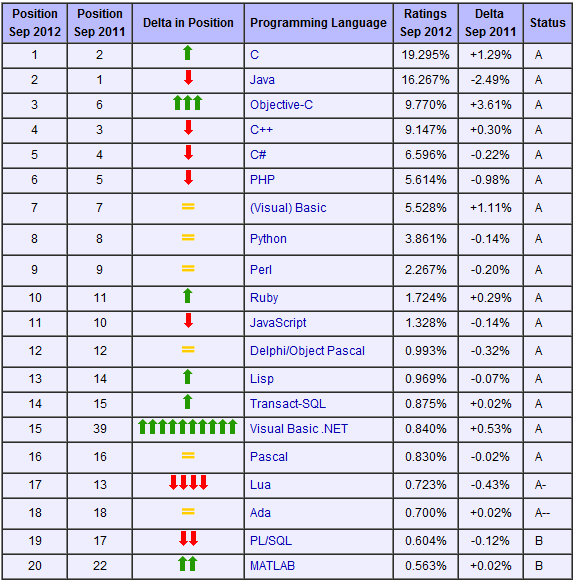 VB.Net is now the 15th most important language in the Galaxy(seeing as there are no other sentient beings in this galaxy).

Last year it was just 39th with 0.31% which means it more than doubled in just a year.

Predicting the future is easy if you can look into the past.

This is kinda how they predict the weather too.

Of course all of the above might be wrong.