Not as anonymous as you thought you were...

by chopstik on February 13, 2011 in category Ethics and IT
Tweet

I was reading an editorial by Jeff Pearlman who is a sports writer for Sports Illustrated and his article resonated with me – which is not to say that I have experienced his problem, per se, but that I have certainly noticed it as an issue as I peruse various other sites and forums. Essentially, he detailed his experiences with a couple of exceedingly rude internet users (trolls, for lack of a better term) and how they were when they believed they were anonymous and then how they became when he tracked them down.

Indeed, the sense of anonymity is one that lends itself to the likelihood that people can (and will) be as brusque, impertinent, impolite or downright rude as they wish to be with little possibility of an actual confrontation – after all, you can simply turn off the computer whereas it is not so easy to walk away from someone you may have just insulted. Another sports writer who I enjoy following, Peter King (also of Sports Illustrated), also seems to get a fair amount of invective spewed at him by his Twitter and other online followers. Frankly, I’m surprised that his responses (at least via Twitter) aren’t a little rougher – and I applaud him for taking things in stride from (seemingly) anonymous people who very likely would not say such things if they were face to face. The issue is certainly not any less among the technorati on various technical forums – and often is only managed through judicious editing by site owners.

But it is clear from Mr. Pearlman’s that there is not truly the anonymity on the internet that people seem to believe. After all, if he could find just those two people who had been so rude to him, it’s not inconceivable that almost anyone can be identified. It’s not difficult to run a Google search on anyone, even by their online handle, and retrieve a trove of information that can be used to help identify them. And I am equally sure that there are more than a few other resources that can be used (both free and those requiring monetary means) to do the same. Frankly, there is no such thing as anonymity on the internet. All it takes is someone with the time and the resources to find you and there is little you can do. And the more you put on the net, the easier it becomes. As social networking continues to invade our lives and people exhibit increasingly poor judgment in the information they post about themselves, the sense of anonymity will continue to fade. The incivility that people exhibit under the mistaken belief that they cannot be found and confronted about such behavior is, frankly, incredulous to me. Especially so when, in the case of Mr. Pearlman above, both of his “attackers” actually apologized and admitted that their behavior was outside of their norm in the non-virtual world when they were found by their “victim”. 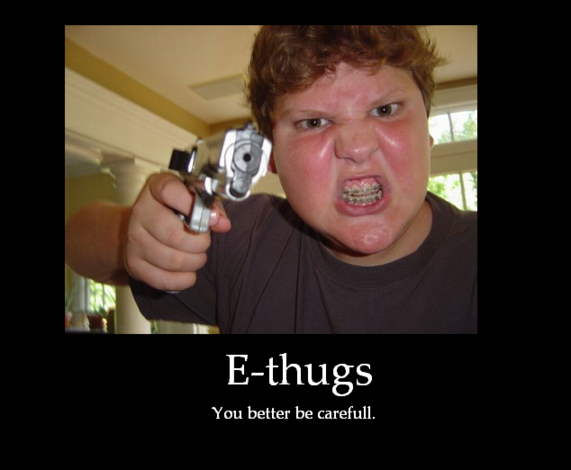 The point above being that if people would not do such things in real life, then they should be wary of doing so online in the mistaken sense that they cannot be found. This is the reason why I try to always pursue a civil dialogue with any who wish to participate on this site (or anywhere else I may interact with others on the net). I was taught as a child to always be respectful of others – even if I did not always agree with them. Heck, on those occasions where I cannot always maintain the highest levels of respect, it is often with people who at least know me and can understand why I might react in a certain fashion. Worst comes to worst (and as I noted above), if things degenerate in some online interaction, I will (figuratively) walk away entirely. Why get aggravated over something in a virtual reality? The virtual world is increasingly becoming part of the real world and the consequences are no less – there are more than a few stories of people whose online social networking activities have held negative consequences for them in the real world. It is best to consider that there is no true anonymity online and to act accordingly – that everyone knows who you are and that there can be repercussions to what you do online as there are offline.