New perspective from the other side of the fence

by chopstik on January 23, 2012 in category Ethics and IT
Tweet

A few months ago, I changed jobs and careers. I moved from a software engineer role to an analyst/project manager role (or, as some of my more technical friends have referred to it – the dark side). I had deliberately sought out this change as I wanted to move away from what had strictly been a coding role to one that was a little more encompassing in terms of working through the entire SDLC – a role with which I was and am far more comfortable and familiar. So far, it has been a very rewarding move and one that has given me more perspective than I would have been exposed to in my previous position.

I had previously seen projects through the eyes of a developer (both on the database and application sides) and had not always understood the role of project managers and analysts as no project was delivered on time and as originally requested – often due to miscommunication (from my view). This is not to say that they were poor project managers or analysts, merely that what seemed to be fairly straight-forward projects often to go awry whenever they became heavily involved. Now, as I navigate through various projects working with developers and lines of business and trying to balance the needs and abilities of all involved, I have some additional perspective on the other side of that fence.

I think that having been on both sides of the fence that I bring some additional skills to the things that I do work on that, with luck, will bring about successful projects that don’t frustrate the teams that work on them and happy end users who can use what is built. Not that I don’t anticipate a variety of issues with each project but, as one former manager was notorious for putting it when we encountered issues, each one will be an opportunity to achieve and succeed. (Admittedly, though, there were times where I told him where he could stick those opportunities!) I hope to be able to provide my own insight on some issues here as I encounter them – perhaps as part of an ongoing series – with the hope that others may be able to also learn from them. Feel free to offer your own thoughts as well! 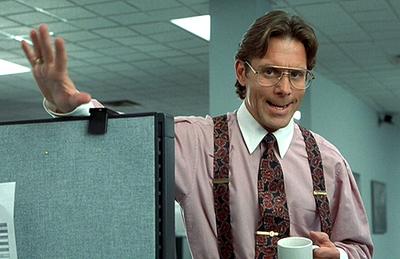 I’ll begin by offering these small things to start:

– To my developer friends, remember that analysts and PMs often have to work toward a goal that is geared more to the end users and what they need, not necessarily what we as developers know would likely be a better or more elegant solution. In these cases, it is the immediate needs of the business that need to be addressed as their concern rather than the longer-term view. This doesn’t mean to ignore those longer-term solutions, by all means you should provide them, but don’t be offended if they don’t want to go that route for whatever reason.

– To my analyst/PM friends, remember that developers are having to interpret what are sometimes the hazy requirements we provide them and develop solutions from only the pieces of the puzzle that they are given. When they offer alternatives that may be more than what is needed right now, it is often with a view toward the future and building a more comprehensive product that is scalable and better architected.