by SQLDenis on November 26, 2012 in category Application Lifecycle Management
Tweet

Java is a general purpose language, it is interperted, output is bytecode, you need to have a Java Virtual Machine on the target machine in order to run a Java program.

A Java file gets compiled to a system-neutral format which is a class file and gets a .class extension, this is compressed and not really human readable

Classes are organized in a group called a package, a package is very similar to a .net namespace. You use this so that you don’t get collisions if you have two classes with the same name.

You use javadoc to generate standard formatted documentation.

Formal community-driven process to drive the Java standard, the iste is http://jcp.org

Deprecate, use annotation and then when you compile your class, you will get a warning so that you will know that you will need to rewrite that piece of the code.

Java is case sensitive, all reserved java keywords are lowercase

A java source file has to end in .java, for example MyClass.java this will produce a file called MyClass.class. you can’t have more than one public class in a source file, you cannot have partial classes like in .net either.

Java runs on top of the JVM, the JVM is different per operating system. No need to recompile Java…Write once run everywhere….some people like to say write once…debug everywhere 🙂

Java 5 also sometimes called 1.5, 1.5 is when they shifted to integers again

The different flavors of Java and their old and new names

Base libraries to provide common functionality

Here are just some of them

I/O and networking access the platform file system, and more generally networks through the java.io, java.nio and java.net packages.

Oh how I used to hate dealing with these variables, stuff wouldn’t work if this wasn’t setup correctly

There are a couple of environment variables that you need

This will be use by the tools in the JDK

This is used by the operating system to find the compiler and other programs, add the/bin directory

There are programs to compile java, to run java, to create JAR files, to create javadoc documentation files etc etc

Mine is installed here C:Program FilesJavajdk1.7.0_07bin

Here is screenshot of my directory with some of those programs 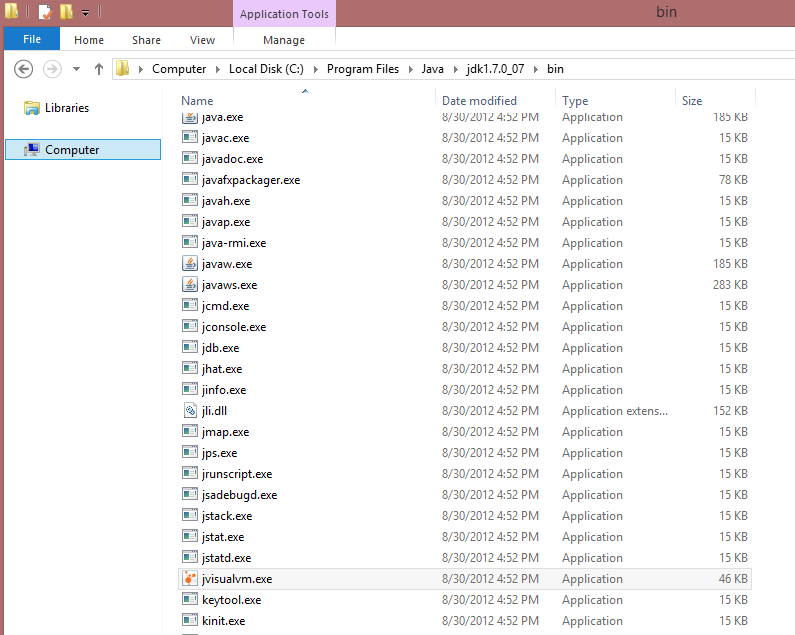 There is something called jvisualvm.exe, this is know as Java VisualVM, from the Oracle documentation: http://docs.oracle.com/javase/6/docs/technotes/tools/share/jvisualvm.html

Java VisualVM combines several monitoring, troubleshooting, and profiling utilities into a single tool. For example, most of the functionality offered by the standalone tools jmap, jinfo, jstat and jstack have been integrated into Java VisualVM. Other functionalities, such as some of those offered by the JConsole tool, can be added as optional plug-ins. 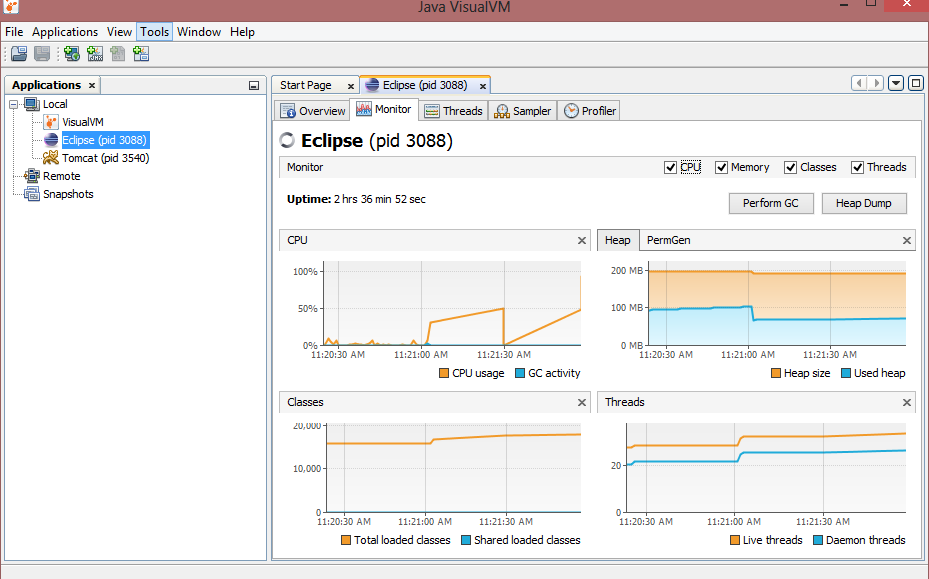 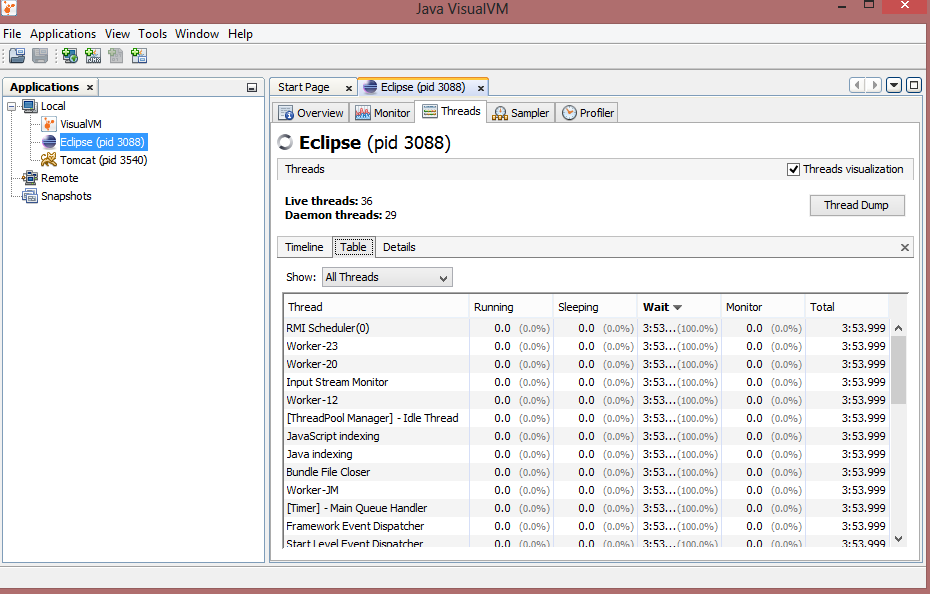 Always include . as part of the classpath, this ensure that the current directory is searched in case of a default package

Java Archive, this is an archived file holding all the classes and a manifest describing what is in the archive

There are related files that are used based on the type of application, here is what info wikipedia has listed

SAR (service archive) is similar to EAR. It provides a service.xml file and accompanying JAR files.

APK (Android Application Package), a variant of the Java archive format, is used for Android applications.[3]

We compiled and ran some programs from the command line, it is amazing how many people have problems with the path and classpath variables to get it to work…but we all did and now we are allowed to use Eclipese or Netbeans instead

We looked at how to do javadoc comments, basically the first line has to start with /**

There are also tags that you can use, it is recommended to use this order

@author (classes and interfaces only, required)

@param (methods and constructors only)

@exception (@throws is a synonym added in Javadoc 1.2)

@serial (or @serialField or @serialData)

@deprecated (see How and When To Deprecate APIs)

Can have letters and numbers, cannot begin with a digit

See that? Since an identifier can be 1 character, you could create something named 5 or 6 or even 256, this rule prevents you doing such stuff

You can also do this

Once you assign the value, you can’t change BOILING_POINT anymore

We learned about scope and learned that depending on where the variable is declared, it might not be visible outside of the block, this is the same as in other languages (local variables)

When you want to have only one copy of a class variable, make it static, then if you instatiate 100 classes they all point to the same variable instead of having 100 variables in memory

Brain fried……time to go…….. back tomorrow