Winforms ReportViewer not working in VS2010

by Christiaan Baes (chrissie1) on May 3, 2010 in category Microsoft Technologies
Tweet

I upgraded to VS2010 a few weeks ago and everything went pretty OK. Until today. Today I wanted to add another report, which was no big deal. Making the report is the same as in VS2008, no improvements there. And then I tried to run the report. And all was not so well. I got this. 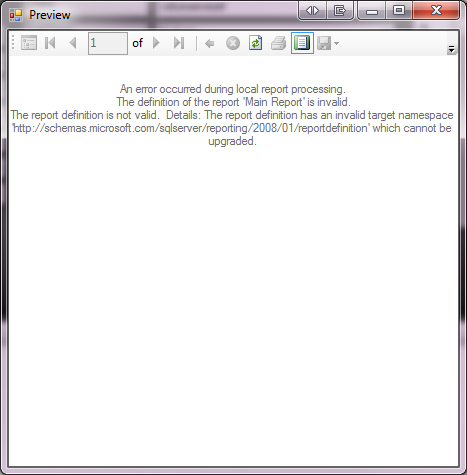 With the error message being.

Apparently VS2010 makes its reports in the SSRS 2008 format which the VS2008 reportviewer can’t read. So the problem is that I still had v9.0.0.0 of the reportviewer referenced and it needed a reference to the 10.0.0.0. No problem since version 10.0.0.0 was installed when I installed VS2010. But if you so like it is also available as a separate download.

As you can see I have both versions on my system. 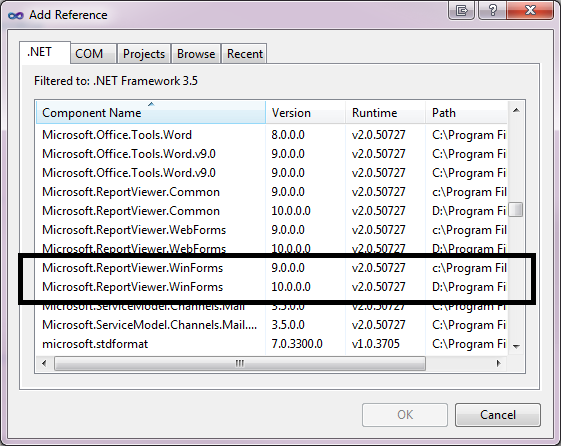 I deleted the old one and added the new reference to my project.

And now the reportviewer just works. 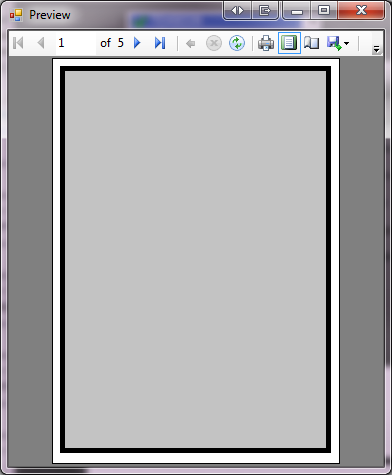