My work flow is very simple for deployment builds.

As you can see items 1 and 2 are the same as a nightly build. So I would prefer to use the same configuration for that. Number 4 is a little complex but very easy to do in Finalbuilder. So I want ot run that script for it.

So I already have steps 1 and 2 defined somewhere, and all I need to do is use those. In Teamcity this means creating a template from the first one and inheriting the second one from this template. It’s all explained in the docs so you can read them.

For step 3 you only need to create a new configuration that only has the runner defined and that has a “Build dependency trigger” on the configuration of step 1 and 2. 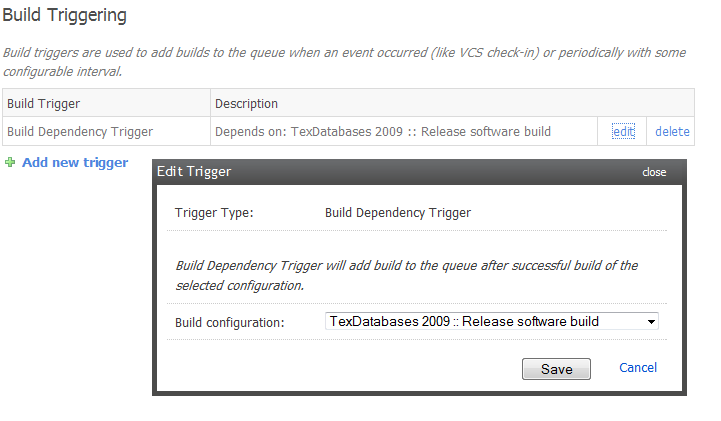 This configuration also only has the runner defined. Like this. 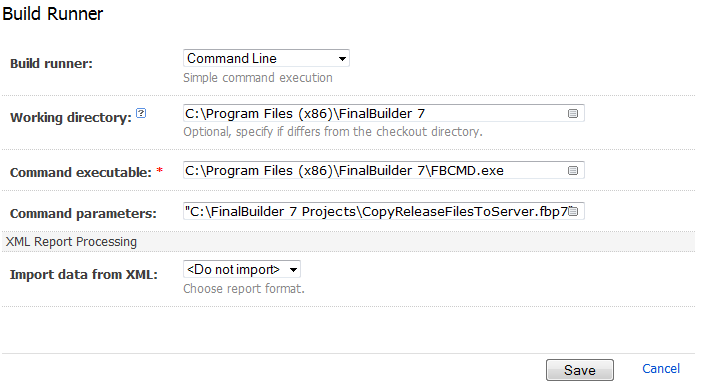 And as you can see this script has a few steps in it.

Now I just have to run Release software build and the other 2 steps will be run one after the other.

To make this continuous I just have to add a VCS trigger to that configuration and it will be done. But for now I do not see a reason to that yet.

Only 5 more posts untill the 250th and final post.