Custom patterns with Resharper are cool. And can help you and your team to make your code more uniform. I know me and my team are using them ;-).

The human brain works in such a way that it will filter out any information it knows or thinks it knows. You know that text without the vowls that you can read without a problem because your brain just knows what should be there. Ths s txt wtht vwls. Pretty sure you can read what I meant there. So the more you make something uniform the faster your brain will be able to skim over a certain text.

Now in NUnit these statements

So I set about to create custom patterns in Resharper 6. 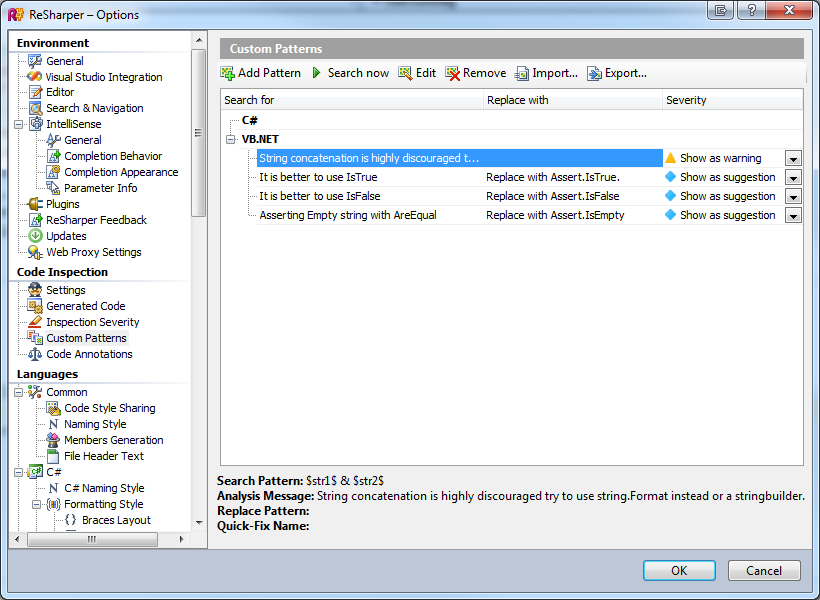 One for The IsTrue thing. 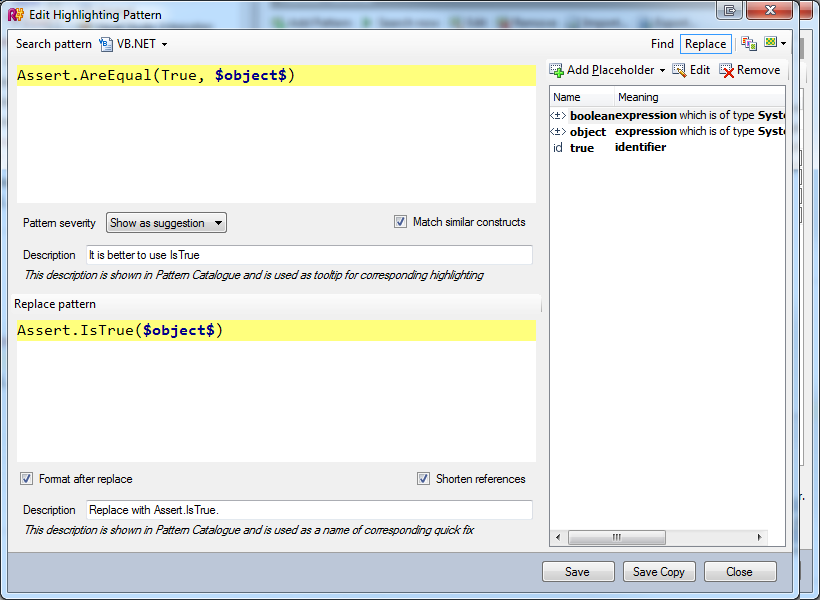 One for the IsFalse thing 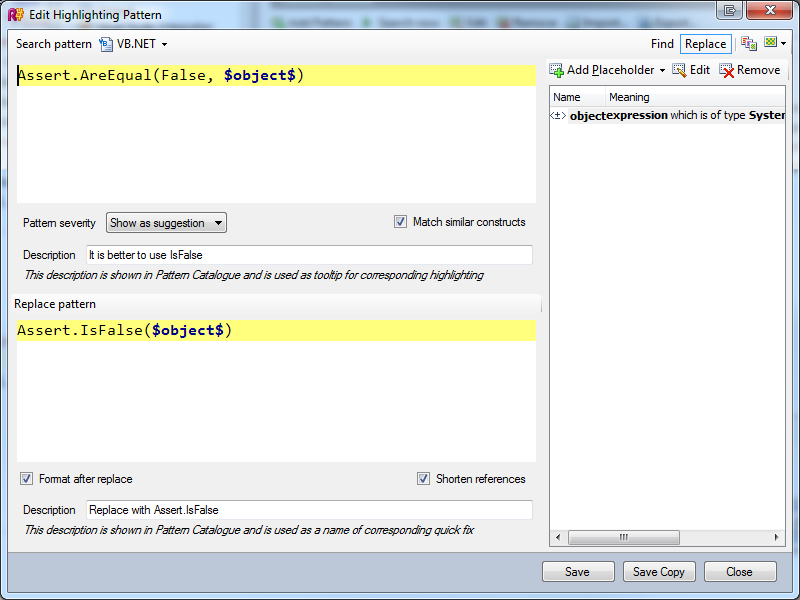 One for the IsEmpty String. 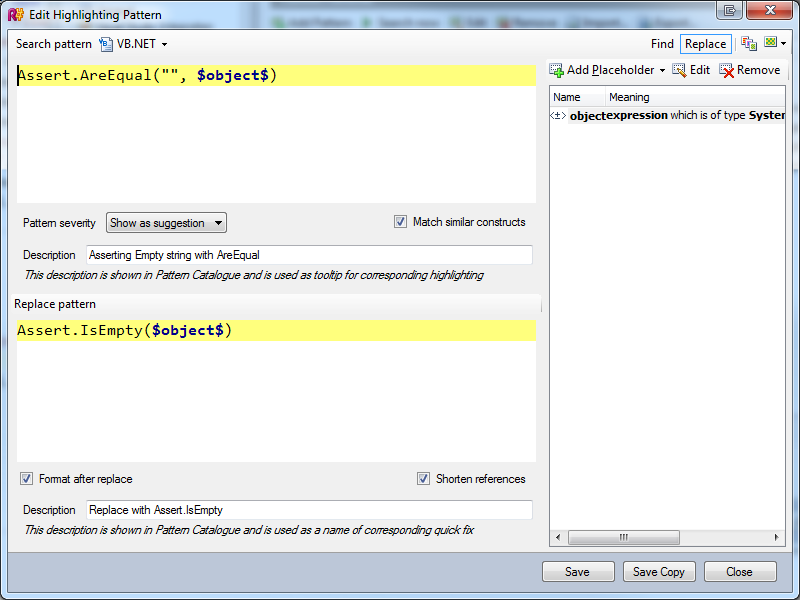 I will now recieve a suggestion saying I should better use IsFalse, IsTrue or IsEmpty where appropriate.

And I can do the Alt+Enter thing.

Rules are important in a team, a way to make it easier to enforce them is helpful.

That does not mean that rules shoud be made into a religion.