I have been using Finalbuilder Server for my continuous integration for over a year now and I was pretty happy with it. But I had a problem with some of my tests. For some reason my NUnit-View-tests. Cause a problem. I even know more or less what the problem is too, and it is an old third party control that I use and that I can’t just replace in a few minutes. So I either had to remove those tests or look for something else. And I knew that my tests ran under the Resharper UnitTestRunner, the Resharper Unittestrunner uses a homemade version of NUnit because of licensing isseus. And TeamCity just happens to use the same runner so I was hopefull that this would solve my problem.

I have heard a lot of people using TeamCity and since it is more or less free. I decided to try that out.

Don’t be silly I won’t explain the install process, just start the installer and click next a few times and hope you reach the finish button when it is done without any problems.

Just to say that installation is painless. I installed the webserver on port 81 since port 80 was already reserved to Finalbuilder server which I was keeping around for a bit longer.

First you start by creating a project and giving that a name. 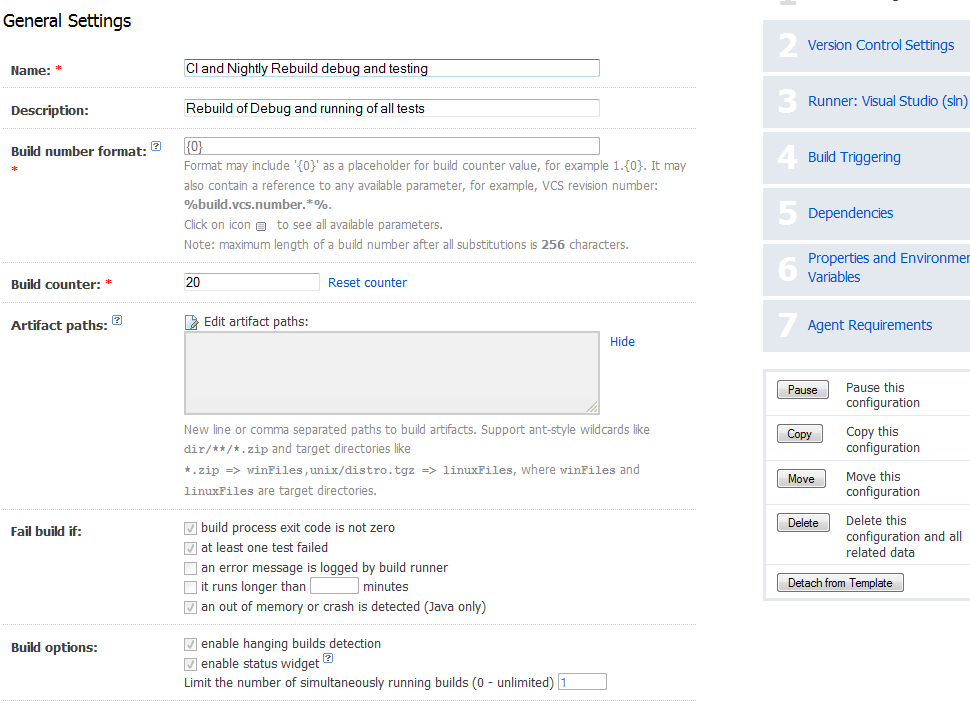 Then you go and setup your CVS, in my case Git. My Git repository was the only thing I had trouble with to setup.

As you might know from my previous posts I use a share to store my central repository and I set it up with git –bare init but I could not find anything in the documentation how to reference this in a Fetch URL. And I kept hitting a brick wall until by accident I found the yellow brick road.

I tried these without success:

Then you setup the runner which is easy too, but it disturbs me that Targets, Configuration and platform are magic strings. This is the bit where Finalbuilder shines since it makes these kinds of things much easier to setup.

And here you also pick which tests to run. 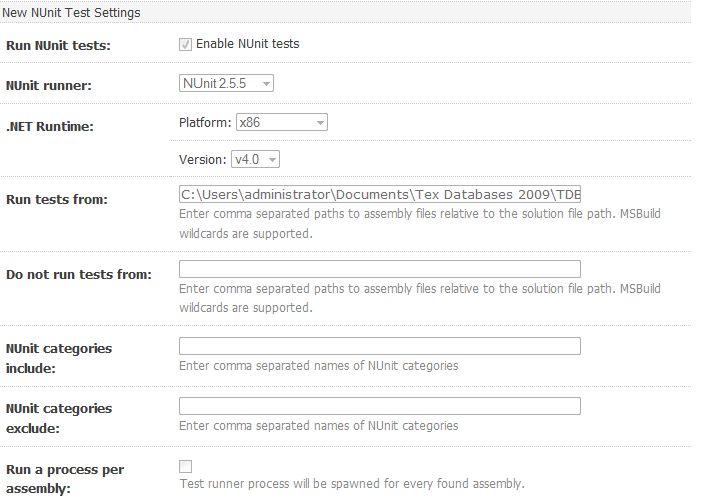 As you can see it is very easy to setup. Apart form the Run tests from textbox. I have 10 projects that contain tests and this box those not make it easy to enter them or to maintain them. Much easier in Finalbuilder.

Then I set 2 triggers on it. One nightly and one when the CVS changes. Both triggers took no effort whatsoever to setup.

And that is how easy it is to setup continious integration with Teamcity.

And yes my tests now run without a problem.

Only 6 posts left until my 250th and final post.