by ca8msm on April 9, 2009 in category Database Programming
Tweet

I recently tried to install SQL Server 2008 Express Edition, only to receive a nice error message: 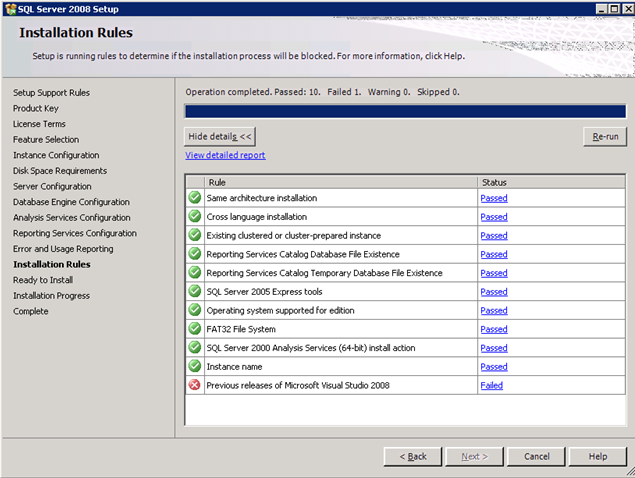 I found this rather strange, as I already have VS2008 SP1 installed: 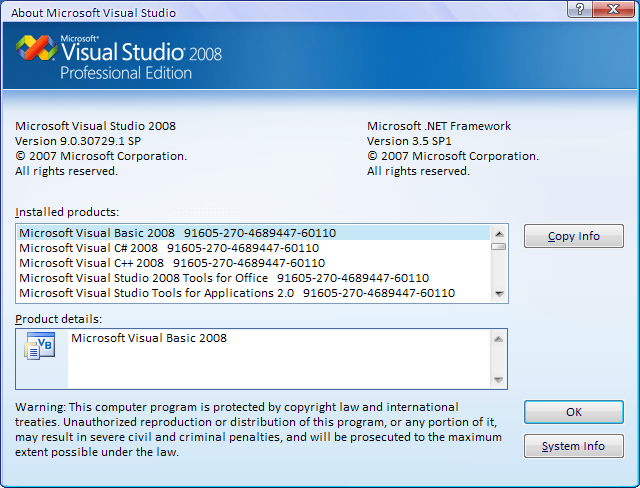 I found a few posts where other people were having the same problem, but most fixes usually involved uninstalling Visual Studio first and I really didn’t want to go through this. Other workarounds suggested it would work if you unticked SSMS, but this wasn’t something I wanted either!

Luckily, there is a command argument that allows you to skip certain rules, so I ran the following command from a command prompt and successfully bypassed the rule! 😀

Now, I’m not sure if this should of worked, or why it did, but from what I can tell everything is working as it should and I can use both VS and SSMS without any problems.

I hope this helps someone as this is quite a time consuming task especially when you have to repeat it due to errors!

Mark is primarily an ASP.NET developer and also has skills in SQL Server, HTML and CSS. He is based in the North East of England and has a 2 year old son named George. Mark is the founder of http://aspnetlibrary.com, has a blog at http://weblogs.asp.net/marksmith and is the director of http://mdssolutions.co.uk.
Social Sitings