This is the second post in the Database Projects series. The first post was Setting up Source Control.

So now we have Source Control in place we need to install the Database Projects Template. To do this launch SQL Server Data Tools 2012 (SSDT). In the Start Page, choose for a New Project: 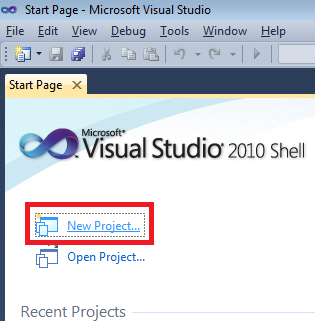 When you want to create a Database Project for the first time, you’ll see a Web Install in the New Project Template screen when you select SQL Server: 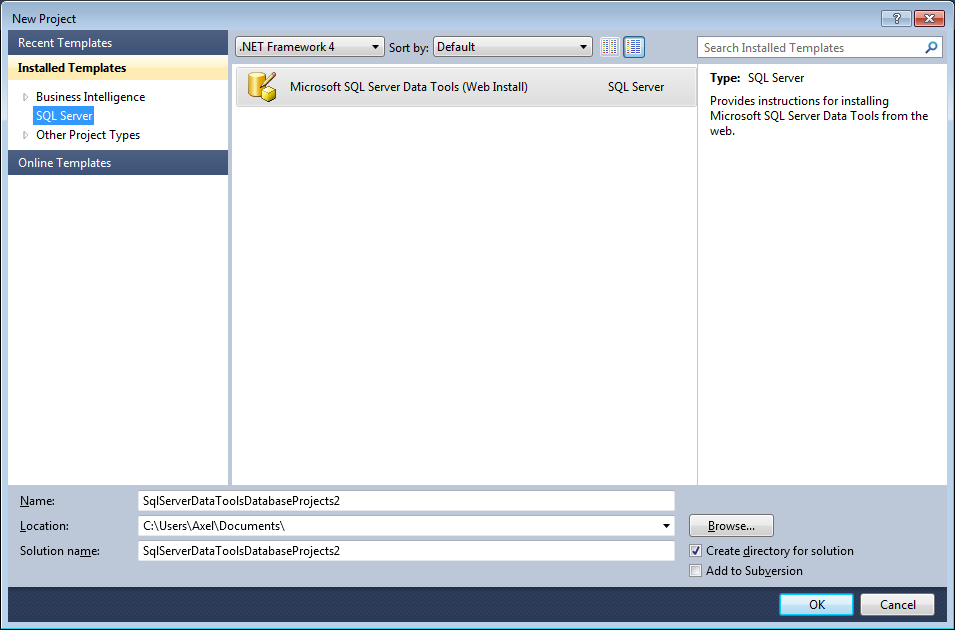 When you click the Web Install, a new pop-up screen will appear telling you you have to install Microsoft SQL Server Data Tools. Off course this is what you want so hit install:

Another screen will show, giving you more details about what’s going to happen and give you more options if you need to install SQL Server Data Tools on a machine with no internet access or with other language needs. Since Dutch is not supported and my machine has internet access I just start the download: 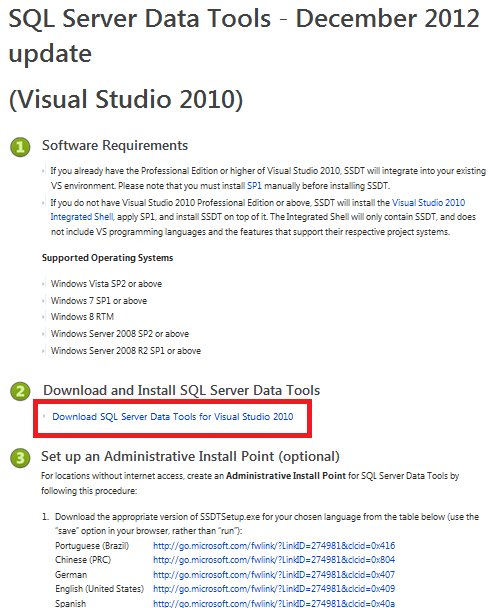 Now you can choose to Save or Run the setup. I’m just going to run it:

Don’t know if you can trust Microsoft Corporation as a Publisher but hitting Don’t Run will not help you on getting the software installed. So hit Run:

Now we need to accept the License Terms to install: 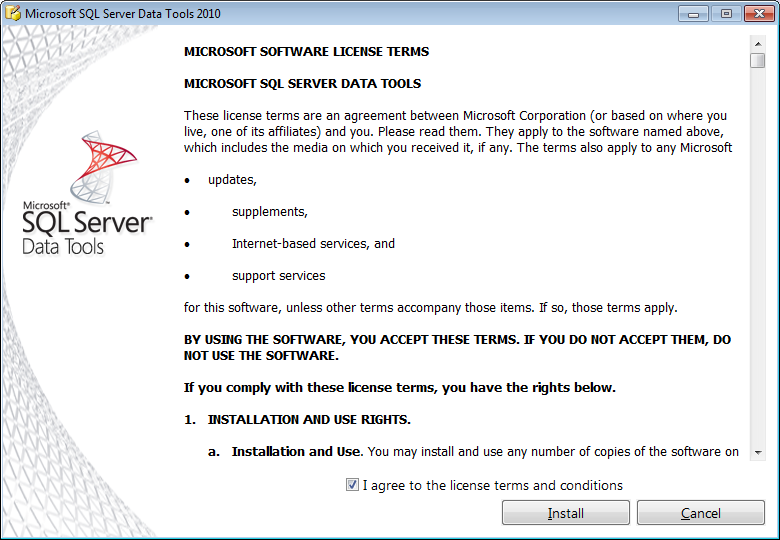 Now this is why you have to admire sysadmins, allow the software to make changes to your computer:

Finally you can take a nap while the download runs and the installer starts installing.

After the Setup finish you can Close the installer: 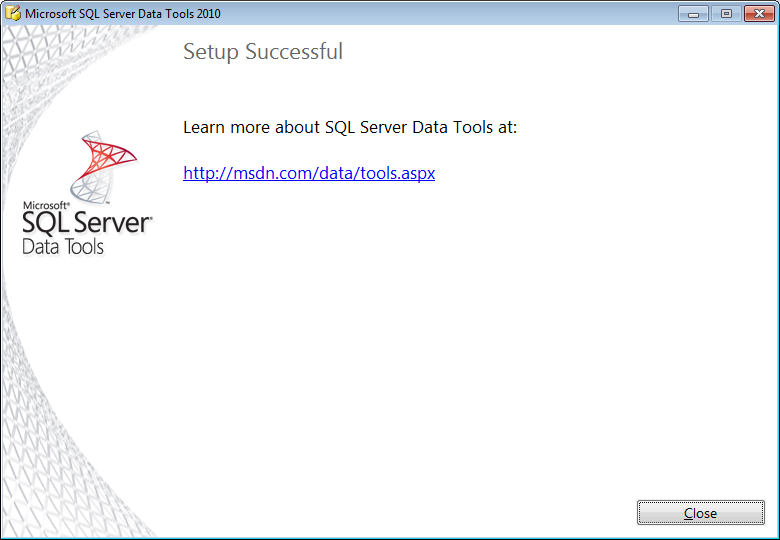 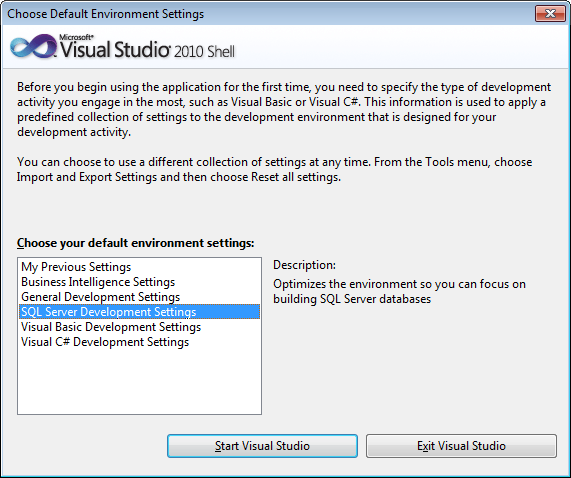