by Tahir Khalid on December 25, 2014 in category Uncategorized
Tweet

Hello and welcome to one of my rare blog posts almost at the end of 2014!

I wanted to change the subject a bit from the regular blog posts and talk about something that most developers either take for granted or take seriously (I am the latter) and that is the hardware they choose (or are given) to develop on.

I think as I have become more experienced over time as a developer I have started to create a wish list in the back of my mind for the ideal developer platform I need to do my job and more importantly for me to enjoy developing on because too many times I have worked in roles where not enough emphasis or priority was placed on what the developers needed to do their job correctly.

This wasn’t so much a case of tight purse strings as lack of understanding at the time as to what developers require and as it was usually up to the infrastructure folks to commission the hardware they usually ended up delivering what other users had which wasn’t always right and equally I think some developers had a vague idea of what they needed but were not hardware addicts or power users like other IT folks so they didn’t always voice concerns or specific requirements.

I am fortunate in that I have done development roles were the hardware was inadequate and abysmal and in one case it took over a year to obtain more memory into what was an already struggling Dell desktop machine…with a single screen – THE HORROR!

Things did improve, alibet slowly and I think that was down more to me as a developer because over time in interviews and/or during 1-2-1 and developer forums I would start to raise concerns and in the case of some recent past interviews one of my primary questions to the employers was: “What’s the hardware like, what’s the software like, how is the Group policy, Servers” and so on because as a developer I should know what I need to do my job and equally development managers should know what their guys need to work efficiently.

Fortunately the last 5+ years I have always used HP hardware from the might Z600 Xeon Workstation to the rather nifty small form factor EliteDesk series PC’s and always in all cases HP’s workstation build quality impressed me as did the consistent performance and reliability.

So this set the ball in motion…for a long time I have been promising myself a new mobile workstation for the home however at the time (couple of years ago) I was struggling for choice as there wasn’t much on the market in this category and what was available was either very expensive or came in the guise of one of those behemoth gaming notebooks.

Why a gaming notebook?  It was (and still is to some degree) the only notebook that had the spec to give me confidence it would not become redundant after a years use but also the fact that I could tap into desktop workstation like performance.  So this left little choice:

The problem was trying to find a lot of power, memory and performance in a laptop/notebook package that would not require its own power station, not give off enough radiation to give me heat stroke and be fairly portable in the sense that I could move it around the house as I pleased as I wanted the peace and quiet these notebooks offer over a noisy but powerful desktop workstation.

So about 2 weeks ago I decided I would take another look on eBay, see what new trends were going in terms of laptops/notebooks and workstations – eBay is good like that, you can get an idea of what is becoming popular and last years business laptop is this years performance bargain.

It’s not about outright speed or cores, its about the reliability and rock solid performance you get with business class notebooks because quite frankly they are better built than the plastic laptops you get in your local retail shop and most business laptops/notebooks have rugged good looks to boot.

One such notebook popped up in my radar, the HP 8560w Mobile Workstation – up to this point I had known about the older HP EliteDesk notebooks which were very nice to use and had a very high quality metallic finish to them but they always lacked in power or at least that’s what I thought until I came across the 2011 model advertised as “Military specification mobile workstation” which obviously perked my interest.

After obsessively researching the internet about this particular HP 8560w mobile workstation I was very impressed by what I read in reviews and from comments made my former, current and new owners – these notebooks are serious power houses when spec’d correctly.  So off I went on my merry way and by pure luck came across one of these: And the specification of this one wasn’t shy either:

Safe to say the specification goes above and beyond what most people would need from a notebook but for me it means that I have no issues with the notebook lasting several years at least and being able to perform to a very high level.   After agreeing a deal with the eBay seller I handed over almost £600 pounds (about $930 US dollars) for 1 used HP 8560w notebook – it’s bit of a gamble with eBay with regards to item condition and quality as some sellers tend to be creative with their description and using actual photo’s of what you are purchasing however common sense prevailed and I checked out the sellers eBay history (100% positive) and I could the seller had been doing this for a while so wasn’t completely clueless.

Some swift email and texts later and we had agreed for me to collect said notebook, a somewhat long drive to the other side of London (almost 200 miles in total) however the trip was worth the effort and the seller turned out to be a nice honest trader who was true to his word and when he revealed the notebook it was in flawless condition, actually I was taken back at how “mint” it looked, almost new bar for one very minor defect with the locking mechanism that wasn’t even noticeable – overall a very good eBay buying experience.

As a bonus the guy threw in a registered installation of Windows 8.1 Standard (it does the job), a new Belkin notebook bag which is rather hefty but can accommodate the rugged HP 8560w notebook very well including all its peripherals and power supply which is like a brick itself consuming about 150W, not shy then.

What has impressed me the most is the very high level of engineering that has gone into designing and constructing the HP 8560w mobile workstation (to give it it’s full name), it really is leagues apart from your typical laptops/notebooks, both commercial and business models and dare I say it is better in many ways to the solid lump of metal that is the Macbook Pro.  Yes it doesn’t have the finish of the Apple products but in many ways it’s better and more appealing to the eye because it has a rugged metallic finish that shouts “I am a techies toy not a portable mirror” – it would not look out of place in an engineering lab which is one of many scenarios HP must have envisioned this notebook to be used. It’s not sleek and it’s not trying to compete with the wafer designs however it is very well finished from the flush port recesses to the solid tactile keyboard and very usable touch pad it ticks all the boxes for me as a beautiful lump of well engineered technology.

So how does it perform?

Really really well, what’s most impressive is the boot time from cold power up to the Windows 8.1 desktop, it takes more than 6 to 8 seconds which is bloody fast and all silently thanks to the very cool bit of kit that is the OCZ Vertex SSD Drive (it’s blindingly fast).

While Windows 8.1 doesn’t have the Windows Experience index visible anywhere like Windows 7 had, however thhe underlying benchmark utility, known as the Windows System Assessment Tool (WinSAT), is still there in Windows 8.1 and can be accessed the following way:

Open a command prompt as administrator, then type “winsat prepop” and press Enter. This will run the benchmark and store the results on your PC as XML file

This will execute the Winsat command and create an xml results file that you can then access through Windows Powershell to obtain your results:

That's it. If you're looking for your base score, look at the number next to WinSPRLevel, which is just the lowest score of the five categories.

The HP 8560w scored an impressive 6.7 base score with high scores of 7.1 and 7.3 for the CPU and memory...and that memory, it makes such a difference when you use the notebook for development running a local SQL 2012 Development server, several Visual Studio 2013 instances and a few other tools to boot plus Firefox browser – there is no lag, at all.

Now this could be due to the OCZ SSD drive or the memory but I suspect it's a combination of the both, either ways its blisteringly fast (I have all my main apps running from the SSD drive and all my data etc on 1TB SATA 2 secondary drive).

The screen is not to everyone's taste and I found I was squinting a lot at the native resolution of 1920 ×180 pixels on the 15.6″ panel, frankly it's too high a resolution for a small panel but you cannot deny the quality of the Dreamcolor panel – one of the most crisp and brilliantly coloured panels I have used in a long time (it's actually better than my large HP monitor!).  In hindsight I should have gone for the larger 8570w notebook which has the 17″ display making for easier reading however after a few adjustments of the font size and some tweaking in my favourite apps like Visual Studio I quickly became comfortable.

A very impressive piece of engineering that offers true desktop replacement technology in a reasonable notebook size package without sacrificing quality or comfort.  It can play games quite comfortably while not as good as a dedicated gaming notebook or desktop its adequate as can be seen from this demo (on a lower spec Quadro mind you): Crysis 3 Demo

I highly recommend for others to take a serious look at yesterdays business laptops and mobile workstations as they can offer a lot for very little money and give you a product that has a much higher build quality and still enough performance to be usable for a number of years!

Merry Christmas and a Happy New Year everyone! 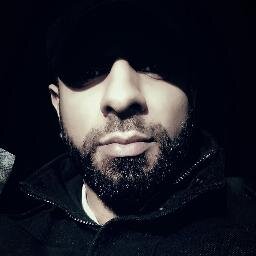